Lybra is a concept for a comparative news app for a tablet, created in collaboration as a capstone project. The purpose of the application is to create a digital space where users can inform themselves about current issues and explore other perspectives. Lybra allows users to browse news articles by different publications based on trending topics.

Our goal is to break people out of their bias bubble. Lybra was driven by the idea of emotional correctness. Rather than behaving out of fear or intolerance, we want people to understand opposing views, even when these threaten the legitimacy of their own. Understanding these as existing on a spectrum allows people to recognize what joins them together, and to reconcile with the fact often issues are complex and differing point of view will always exist.

The earliest version of our design included a left and right side that drew from more than 50 publications and automatically adjusted one side to match the other as users scrolled through news stories from a particular topic.

As we developed the concept we sought to simplify the app to its core functionality. The app draws the day's top stories from six different publications. The publications are ranked according to the majority political affiliation of their consistent readership. This is a link to the Lo-Fi Prototype.

We chose to focus our app for U.S. audiences and those interested in U.S. politics and news. We see the left/right divide in the U.S. growing, during the time leading up to the election and after Donald Trump became the President of the United States. For this reason, the Democratic symbol of the Donkey and the Republican symbol of the Elephant are used at each end of the spectrum, to demonstrate the overall bias of the publication and its readership for each story. These publications, ranked from most left-wing to most right-wing, are Slate, The New York Times, CNN, Yahoo! News, Fox News, and Breitbart. 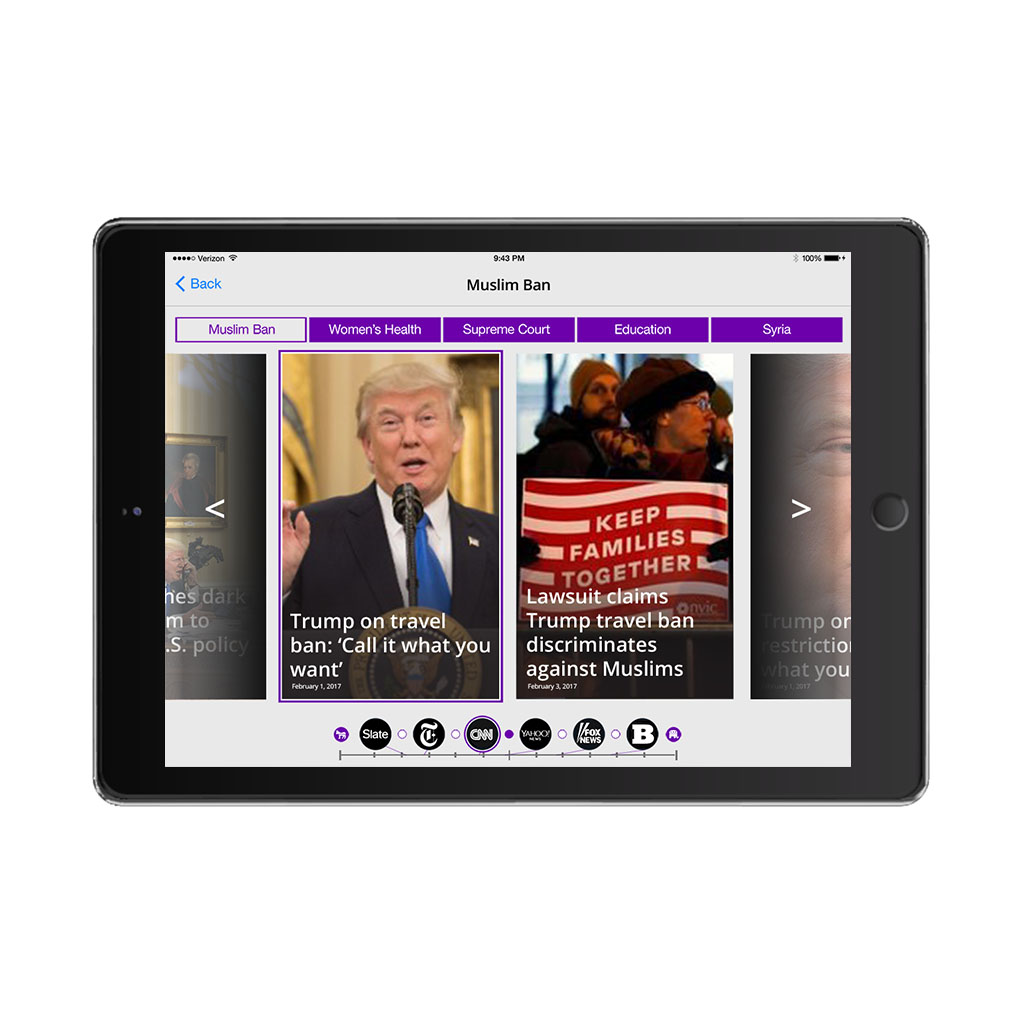 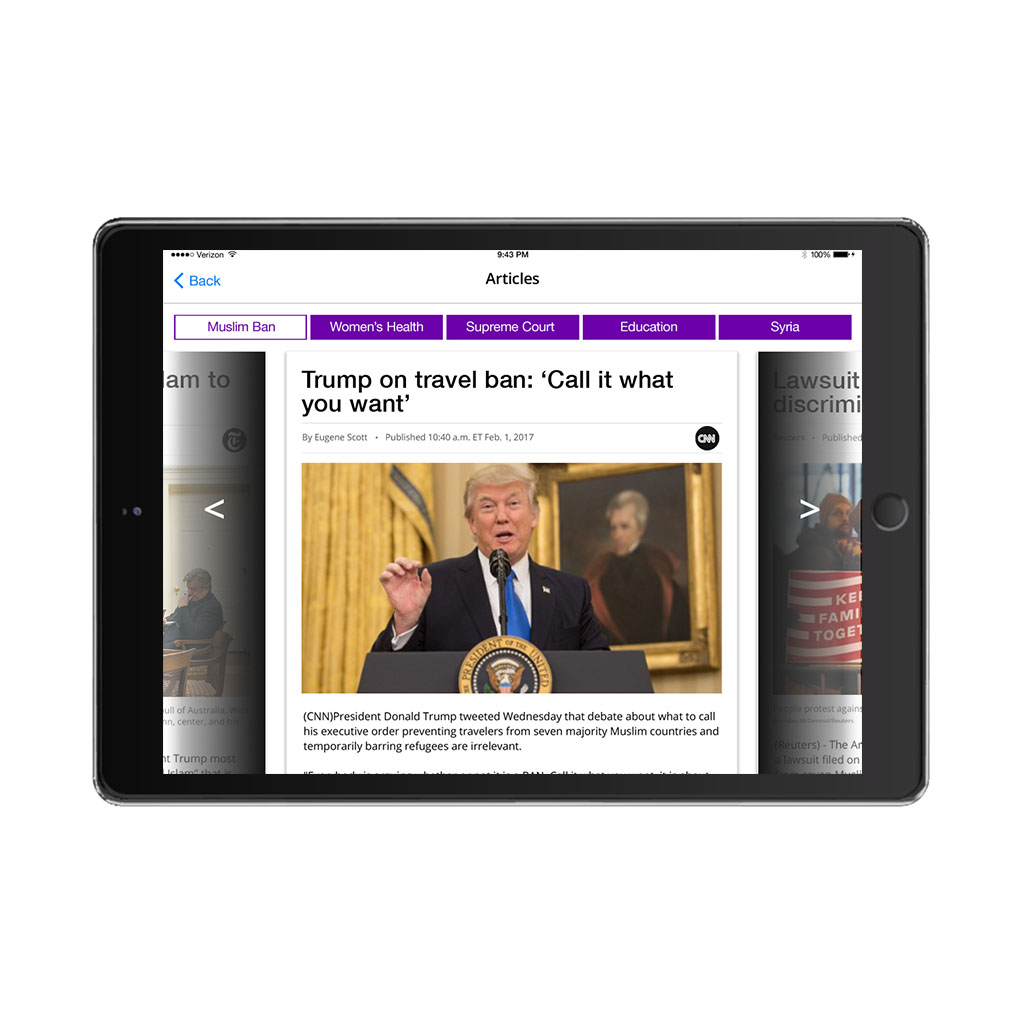 While the user can use the intuitive action of scrolling down to read the stories. We've also allowed for the reader to be able to swipe left or right to read the next publication to the left or right, according to where they are on the bias-meter. This way of consuming the news encourages people to read the other sides of a story so that they can gain the most comprehensive understanding of world events.

Lybra solves the common “echo chamber” problem through which people receive the same news and opinions consistently, which reinforce their own biases and fosters more elaborate and varied discussions on important political topics.